The unique architecture heritage of the Khoo Kongsi 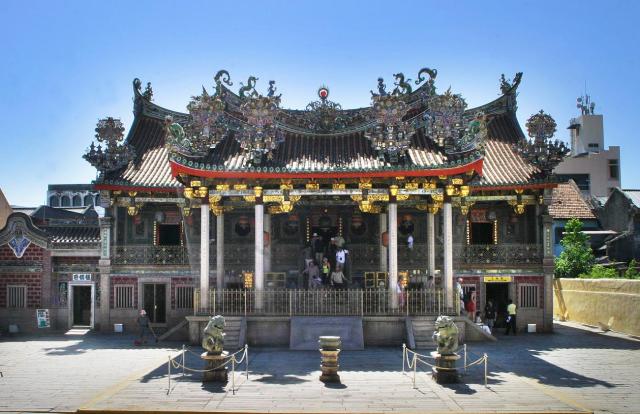 A brief history of Khoo Kongsi

Khoo Kongsi is one the famous and very important Chinese clans who were immigrants in Malaysia, mainly in the city of Penang.  Today this is one of the most visited spots during tour in Malaysia. Their contribution to the Asian oriental history has been found in many important instances. These Chinese clans have always been known as the peace loving clans, who often made major monetary contributions to their society. They were the character builders and the problem solvers of their society. Like any other Chinese lineage, the Khoo Kongsi gave special importance to their ancestors and their relatives spiritually. They have been known for seeking guidance and wisdom from them through extensive meditation and spiritual connections. This is a must see on the list of things to do in Malaysia for every visitor.

Due to the nature of the role in the society that they had, the Khoo Kongsi is believed in permanence and remaining in one place for generations. The immigration to the Malaysian city Penang was a result of disputes and battles in China. Nonetheless, once they moved to Penang they set their roots deep in the city.
With the rich architectural heritage of China, the Khoo Kongsi came to Penang and started settling there. Over the generations their architectural features adapted the methods and techniques from Penang in giving the Khoo Kongsi a new identity. The newly Malaysian influenced Penang Khoo Kongsi soon made a well-known repute of high-class in the city of Penang. Soon enough the Malaysian city of Penang became a renowned place because of the Khoo Kongsi and no travel to Malaysia are complete without a visit to this temple

The unique architecture of the Khoo Kongsi

The Cannon Square temple is probably the most elaborate and detailed structure the Penang Khoo Kongsi created. The façade of the temple has the iconic Chinese tapered roof, with its coping decorated with Chinese language, patterns and sculptures, composed in the most complex form. The workmanship and the uniqueness of the blends of two different architectural backgrounds of this temple make it a special landmark of George Town.
The Penang Khoo Kongsi temple was originally a place for the Penang Khoo Kongsi to connect with their ancestors, like any other temple in China. It is divided into different sections according to the typical Chinese culture, with one main meditation or prayer hall, where they would pray to their God in the presence of the spirits of their elder ancestors and relatives.

The museum is witness to the fact that our ancestors followed strict responsible travel principles which safeguarded these artifacts for us to see and enjoy. As such it is our responsibility to travel with a green heart so that we can safeguard this heritage for our future generations.

1 Response to The unique architecture heritage of the Khoo Kongsi